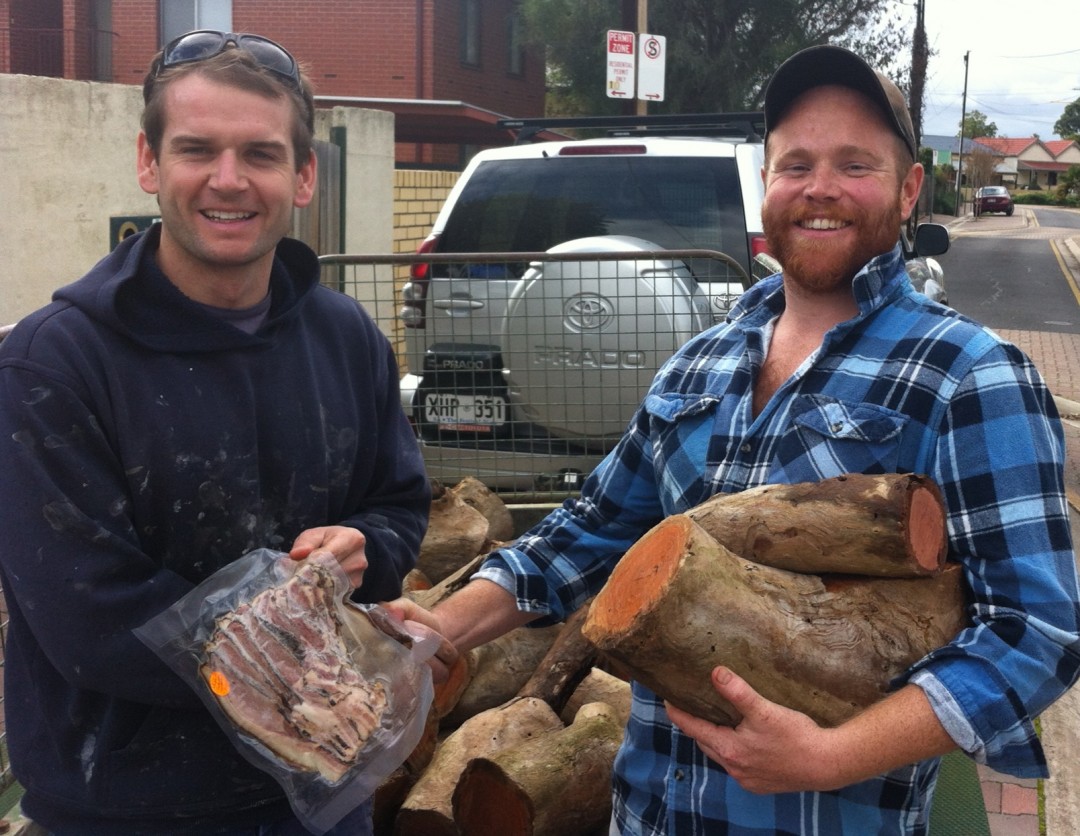 A Trailer Full of Firewood – Pank

Pank is a mate of mine who’s name is actually Tom, but who everyone calls Pank. I’ll point out now that this is because it’s his middle name, and not because of any connection to the definition you get when you enter ‘Pank’ into Urban Dictionary (google it). Anyway…

Pank and his family own a small farm south of Adelaide where they grow good grass, and raise a few steers. They also have an enormous quantity of redgum to feed the numerous fire places back at their eastern suburbs manor.

A few weeks back Pank offered to trade a trailer full of redgum firewood for a kilo of my bacon. My place gets pretty Arctic in winter which means we churn through the firewood in our two open fireplaces, so this was no-brainer….trade accepted.

I’ve had a bit of firewood from Pank before, but this batch was excellent. Very dense, very dry and burnt very hot….thanks Pank.

As far as my part of the deal went, Pank received my latest batch of ethically raised, free to roam middle bacon. I sourced the meat direct from Ben and Bob at Wistow Springs Pork, who raise their pigs in an ethical and sustainable manner at their property near Strathalbyn.

I cured the whole middle two ways – the first had a pepper and coriander dry cure which I’ve used before, although this time I increased the spice content, giving a sharp and floral but still subtle tasting bacon, very nice.

The second half was cured with Blood Orange & Cinnamon syrup which was made just for me by Len at Redbelly Orange in NSW (part of a future trade). The syrup is delicious and very sweet, so I decreased the sugar content in my normal basic dry cure, and gave it a good glug of syrup. I was conscious not to overdo it, I didn’t want the bacon becomming too sweet….unfortunately I didn’t add enough, and the taste of the Blood Orange & Cinnamon was so subtle that you probably wouldn’t pick it in a blind tasting. Oh well, live and learn….i’ll add more next time.

Both got about five hours smoking in my hot smoker using French Oak barrel planks which my friend Amber from Bouchard Coopers got for me. She normally sells these planks to wineries for use in the winemaking process, so it felt pretty extravagent burning them to smoke bacon. Oak gives an amazing flavour to bacon, quite strong but not over the top. Here’s a few photos from the smoking process, as well as the finished product. Incidently, that’s some pork & beef ribs, and a chunck of pork shoulder smoking away next to the bacon; very important never to waste the smoke! 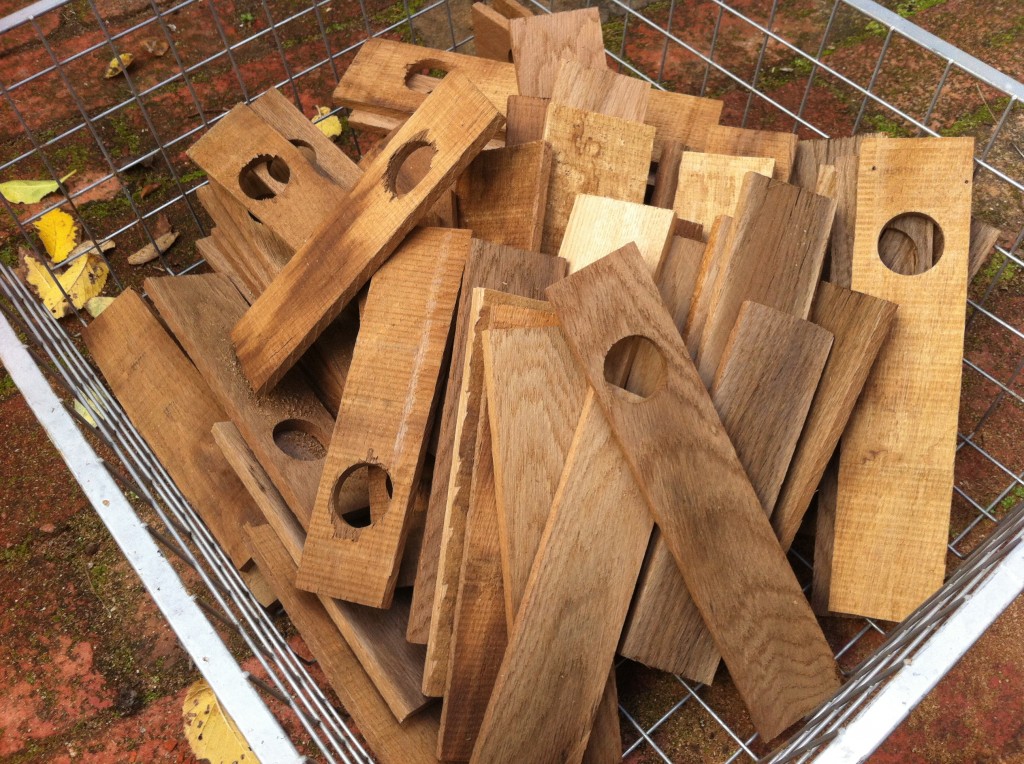 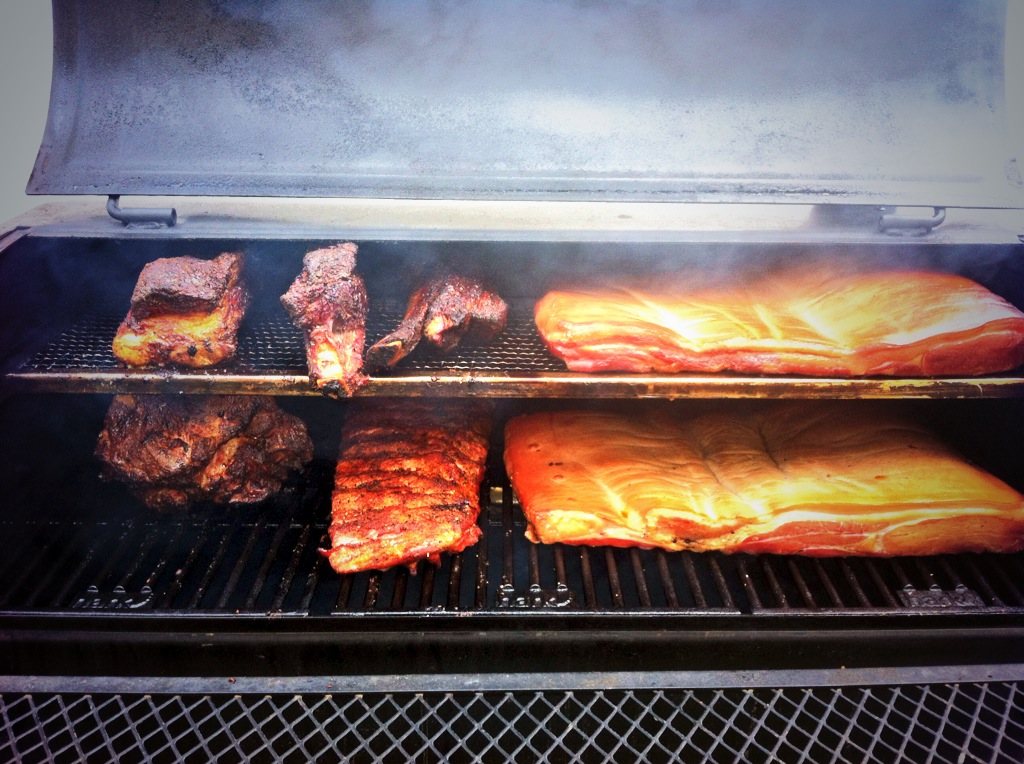