Jim and his brother Nick run the local sandwich deli near my work, it’s called The Lunch Bag in Kent Town. They make a good cup of coffee, and a pretty mean double cut roll (they claim to have invented it).

I got talking to Jim about T.I.F.B. a few weeks back, and mentioned I had 9kg of bacon curing, with no apparent way to slice it. Being the dead-set legend that he is, Jim offered to slice it for me on his schmick new deli slicer, in exchange for a sample of my first batch, an offer that would both save me a few hours of knife work, and lead to my next official trade.

So, we’re slicing away when Jim mentions that his old Brice meat slicer, that had sliced every bit of ham, cheese, tomato and cucumber in his shop for the last 30 years, was sitting out the back gathering dust…..even better, he was willing to trade it with me for a kilo of bacon. Yes, absolutely…..trade accepted! 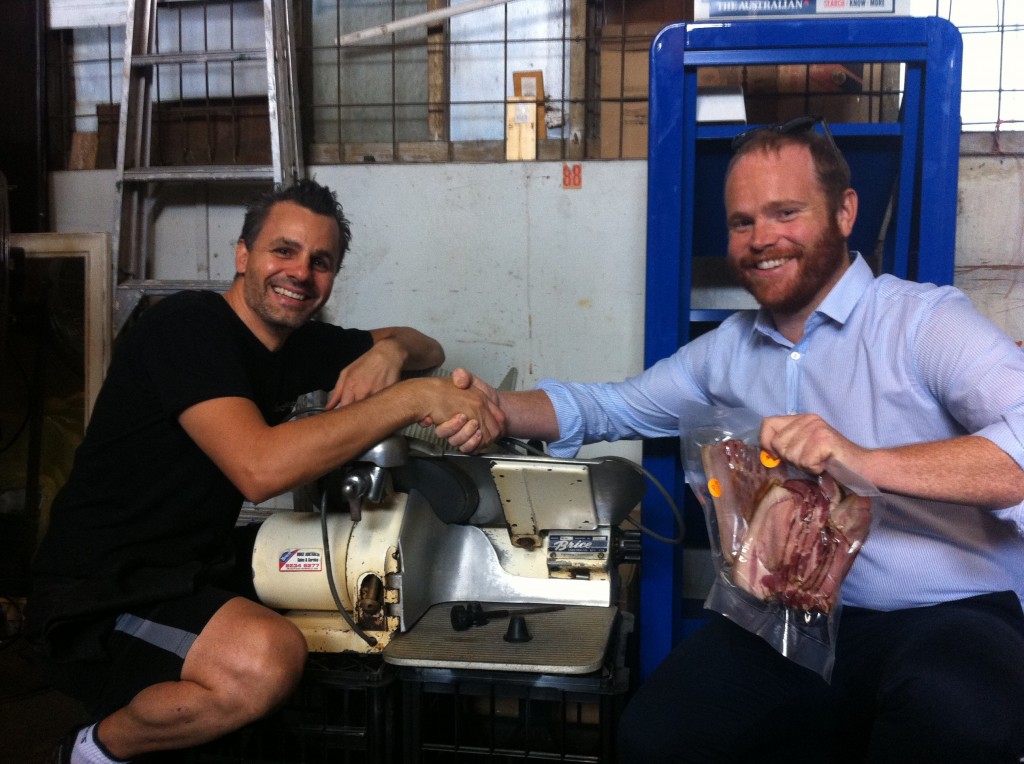 It’s a bit old, and needs a good clean, but it still works, and it’s exactly what I need.

As with Rose and Al, Jim got a mixed bag of two different cures. The first half was cured with coarse salt, pink salt, brown sugar and maple syrup which produced a sweet, Canadian style bacon.

The second half had a pepper-cure, same as above but with coarse black pepper added instead of the syrup.

Both had about four hours of light smoking with a combination peach wood and Shiraz barrel chips.