I met Matt a few months back at a friend’s wedding; we had a few beers, talked a bit of trash, and generally bonded over a mutual love of meat!

Matt and his brother Andrew recently bought the Red Rooster at Castle Plaza, in fact, the shiny new sign out the front of their shop says “Come visit the new Kings of the Castle!”….well, that’s them. If you’re reading this from outside of Australia (wishful thinking on my part) and have never heard of Red Rooster, it’s a fast-food chain of restaurants that sell BBQ chicken and chips, burgers, rolls and salads.

I can’t say that I’d ever been to Red Rooster (I’m more of a pork man), but when Matt proposed to trade $60 worth of Red Rooster vouchers for a kilo of my bacon, I couldn’t refuse….trade accepted.

Here’s a few pics of Matt and Andrew’s shop, and Andrew and I shaking hands after a successful trade. 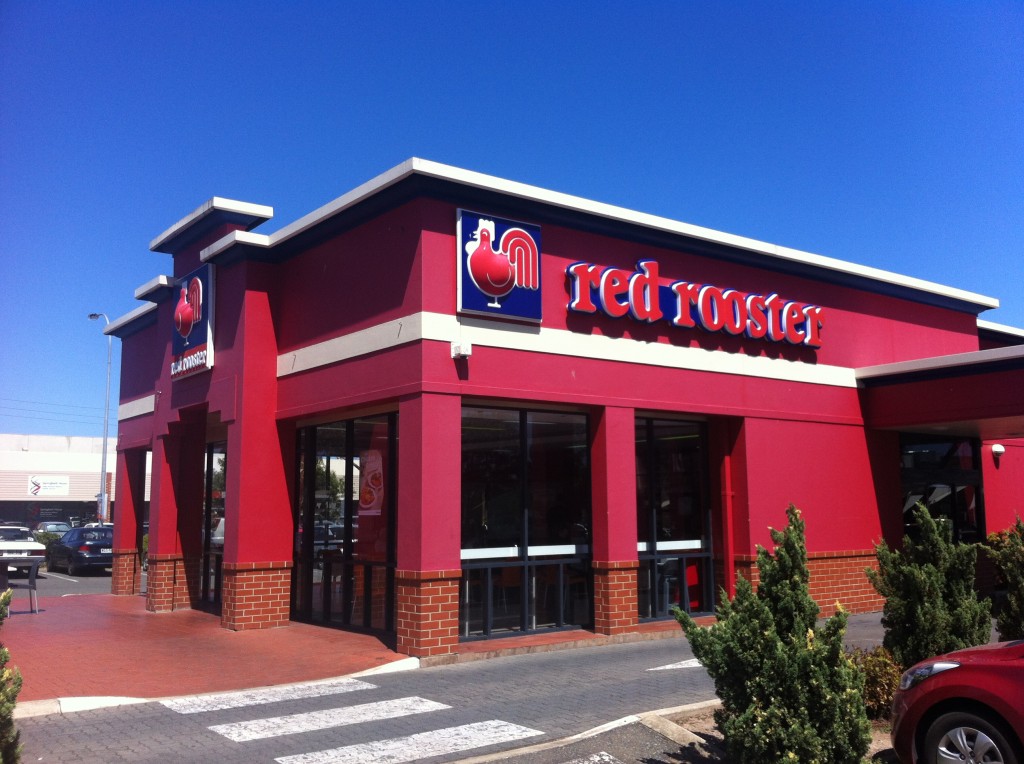 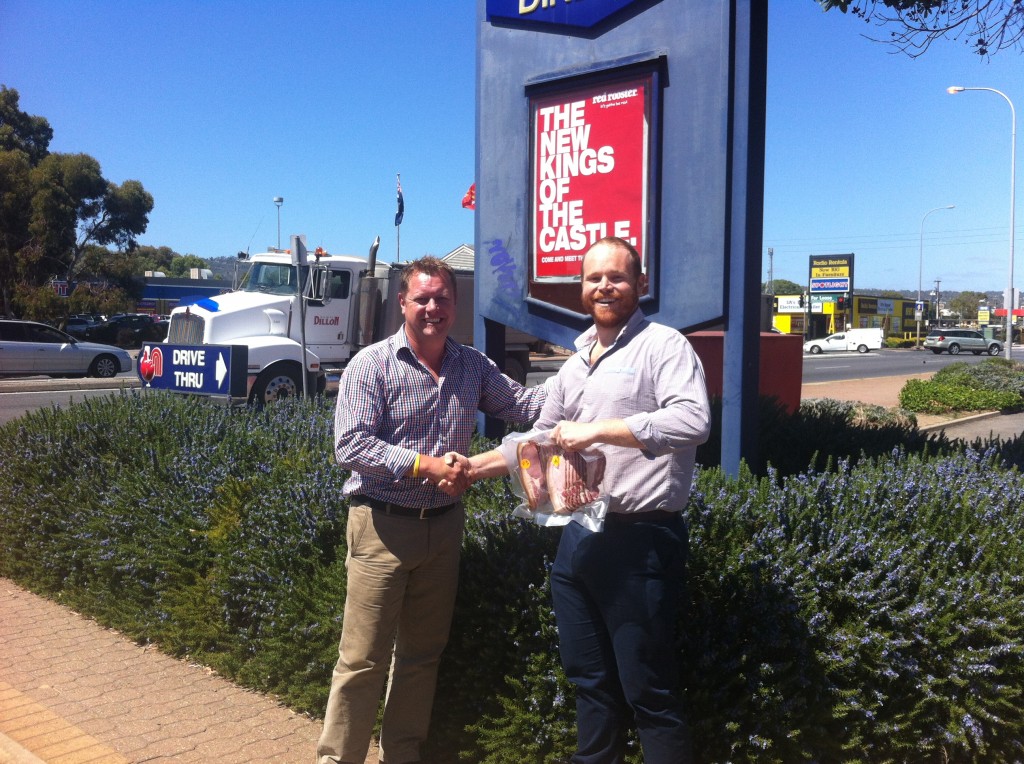 In case you’re interested, I cashed in the $60 voucher then and there, and left with four whole BBQ chickens, and two Red Rooster rolls….very nice they were too.

As with my first two trades, Matt and Andrew got a mixed bag of two different cures. The first half was cured with coarse salt, pink salt, brown sugar and maple syrup which produced a sweet, Canadian style bacon.

The second half had a pepper-cure, same as above but with coarse black pepper added instead of the syrup.

Both had about four hours of light smoking with a combination peach wood and Shiraz barrel chips.

Incidentally, this trade marked the end of my first batch of bacon, you’ll start seeing a few new cures and styles popping up in my blogs soon. At the moment I’ve got about four trades worth of Pepper & Coriander cured streaky bacon, which was smoked with cherry wood. It’s got a real floral peppery taste, a little like a pastrami or biltong cure. The cherry wood gave it a nice sweet, smokey flavour too.

I’ve also just taken delivery of a whole middle of free range pork, courtesy of Ben from Wistow Springs Pork at Strathalbyn. Stay tuned for how to get your hands on some of this good stuff!